We all love beauty.
Admire or allow to admire.

Willa Panorama is open to art lovers and artists
who want to exhibit and sell their works.
We invite you to cooperation.

Born during WWII in Szczawnica, née Słowik. She lived in Willa Englander, where her parents ran an inn of wine and beer. After the tragic death of her father in 1946, and then her mother, she left her native Szczawnica in 1958.

A graduate of the Secondary School of Fine Arts in Nowy Wiśnicz in the ceramics class. She worked in the "Krzysztof" porcelain factory in Wałbrzych, then in the "Buksowicz" porcelain factory in Katowice. From 1967 to 1972 she ran her own artistic ceramics company in Kamienica near Łącko. Two-time winner of the National Ceramics Competition. In 1973 he moved to Switzerland and then to Austria. In 1974 she received Austrian citizenship.

In Vienna, which becomes her second home, she gets married and works as a painter at the company "Emalia Stainbock" until retirement. Currently, in a constant dilemma between Vienna and Szczawnica, she travels the world and enjoys life.

My name is Agata Samul, I work in a corporation on a daily basis, but drawing is my breath, an escape from the busy everyday life, a calming moment of meeting with myself. My illustrations are an invitation to the magical world of animals and plants, full of charm, delicacy and beauty. Drawings are always created from the heart - mine, or the person who orders an illustration for a loved one from me. I share my works with the world by selling a limited number of fine art copies of my drawings as well as creating illustrations and calligraphy on special orders. I know that they are perfect gifts for special people – both children and adults. 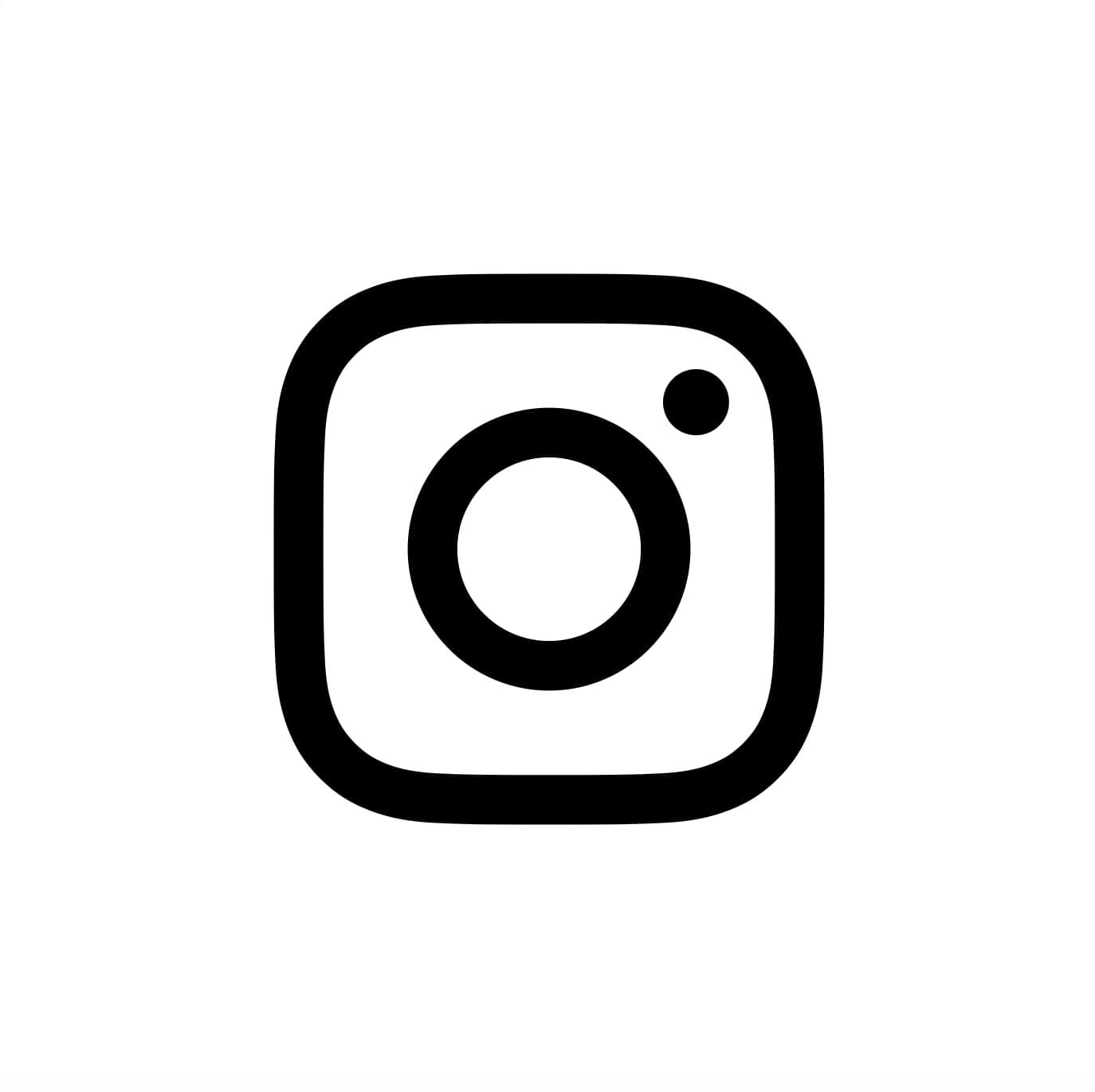 Agnes Grochulska’s paintings, while anchored in representation, capture the emotion, the essence of their subject with their rich language of expressive marks and abstracted forms.

The cornerstones of her body of work are portraits, recognized for their dynamic character. Tensions between the bold form and the apparent intimacy of emotion  - where calligraphic lines, together with impasto textures and vivid colors suggest underlying energy and feeling - compose an insightful psychological image of the subject. Agnes Grochulska imbues her portraits with various emotions but leaves room for individual narrative, preferring to create works “in which not everything is fully realized. Art where the viewer can finish the story in their mind and in their own way.”

At the same time, the visible brush strokes, vivid colors and gestural character of her paintings offer their viewer an insight to the painting process itself. Her paintings express time spent looking and creating, an interest and a feeling for an irreplaceable time spent on creating. A feeling, not only for the portrayed person, but the person looking at the finished work as well. By highlighting the physical process of painting, Grochulska emphasizes the ever-shifting, intricate connection between the artist, the subject and the viewer.

Born in 1974 in Poland, Agnes Grochulska lives and works in Richmond, Virginia. Her work has been exhibited among others, at galleries in New York City, Miami, and abroad. A solo exhibition of her work “Line and Color” took place at Eric Schindler Gallery in Richmond, Virginia, May 2019.

Recent exhibitions include NOMAD St. Moritz, Switzerland, and “New Waves 2020” at the Virginia Museum of Contemporary Art curated by Susan Thompson, an Associate Curator at the Guggenheim Museum, where  her painting “Lia” was awarded The People’s Choice Award.

Her work has been showcased in Colossal Magazine, and other art publications. Her drawings and paintings have been shown and privately collected throughout the US and around the world.

Engaged in painting, photography and graphic design. A graduate of the Faculty of Painting at the Academy of Fine Arts in Krakow, in the studios of prof. Stanisław Rodziński, prof. Juliusz Joniak, prof. Zbylut Grzywacz and in studios of photography, gravure printing and poster design.

An artist who consistently wins the recognition of critics and painting lovers. He graduated from the Faculty of Conservation and Restoration of Works of Art at the Academy of Fine Arts in Warsaw and obtained an annex in painting in the studio of Prof. Danuta Makowska. As a small child he fell asleep on the stretchers of his mother,  who is also a painter, so he started painting earlier than he could walk. He paints flowers, biblical leviathans, bizarre beasts, animals - sometimes terrible, sometimes funny - but most of all women. Warecki's women are different: happy, distracted, sad, shameless, and ashamed sometimes.

A graduate of the State Secondary School of Fine Arts in Bielsko Biała. He studied at the Academy of Fine Arts in Poznań at Faculty of Painting in the studio of prof. J. Walczak. The artist works mainly in the oil technique.

Rafał Knop is an artist, painter, passionate about ancient art and surrealism. He loves Tuscany and white madness. For several years, he has been dividing his time between Poland and Tuscany, where he organizes open-air art workshops for amateur and professional artists every year. The artist is a lover of jazz and classical music, a gourmet of wines and slow food.

We present the latest paintings from the "Swimming pool" series,  made in oil technique on canvas, mainly in large sizes (120 × 120 cm). Work on the new cycle of Swimming Pool oil paintings began in the second half of 2017. It  was inspired by the style of the 60-70s of the last century, the atmosphere of Edward Hockney's paintings from the L.A. Swimming Pool and, above all, female beauty.

One of the main themes of the artist's works is man, in various representations, in the context of his desires and weaknesses. They are also attempts to synthesize figures in space, often referring to current problems of the present day. Abstract and at the same time synthetic representations of cities and landscapes earn an important position in the artist's creations. These illustrations are intriguing and unobvious. Works from the Concept World series present an image of a simplified, synthesized world. The forms are simplified, suggesting familiar shapes and the spaces are full of light and color. The images are both lyrical and abstractat the same time.

Henadzy graduated from University of Masherov in Vitebsk, Belarus, defended his master's degree at the Faculty of Painting and Graphics (1987 - 1992). From his teacher and mentor, Valentina Liahovich, he received the most important thing - a sense of freedom of creativity.

His hometown is Vitebsk. This is a city that became known all over the world as the birthplace or work of such outstanding avant-garde giants as Chagall, Kandinsky, Malevich, who were a source of inspiration for him.

As a person and as an artist, Henadzy draw a lot from his numerous travels, this is how such diverse landscapes and abstractions are created, inspired by the unique colors of different parts of the world. He is constantly on the lookout, experimenting with new painting techniques, new colors, shapes. The predominant technique is oil on canvas, made with a spatulas and brushes. If we talk about abstractions, then at the beginning he never assume how the work will look, and after the first few strokes of a brush or a spatula, it is the canvas that dictates each subsequent step. Self-expression in his painting is constantly dependent on changes from within and the formation of his own view of the world. He believe that this process is endless and develops in parallel with the development of the worldview of the individual. His works do not pose any limitations to the observer and do not indicate a specific point of view, but rather encourage him to create his own story, to be free in imagining, thus allowing someone to interpret art through his own feelings and emotions.

Over the past 2020, Henadzy have been on creative travels in Thailand, Ukraine, Turkey, Poland and his native Belarus. Since the beginning of 2021, he has spent 2 months in Egypt, where during this time he created 14 new works. Then his location was Turkey, the Mediterranean coast, Fethiye, where new landscapes and sensations inspired him to create new landscapes.

His works are presented in many private collections in Poland, Germany, Switzerland, France, Great Britain, Israel, Luxembourg, Portugal, USA and others.